"My visual work is about intensity, vitality and spontaneity, while at the same time, in a deeply controlled order.I aspire to create work that is original, bold and both mind provoking and emotionally demanding. What excites me about painting is not so much the end results but rather the process involved in each creation" 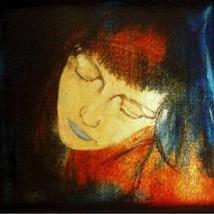 Born in Castlebar, Mayo 1982, he gained an interest in painting at an early age and was influenced by his Fathers work as well as the freedom of Jack B. Yeats paintings.  He Studied Fine-Art in G.M.I.T, Galway, where he developed a strong interest in Abstract Expressionism.  In college, his work developed through an awareness of artists such as Jackson Pollock, Tony O Malley, Francis Bacon, Howard Hodgkin and Barrie Cook – culminating in  his degree show, combining elements of figurative and landscape in tonal, textured compositions. Shane has exhibited both national and internationally. His work has evolved in both painting, sculptor and community art practice.  Since collage Shane has lived in Co. Clare, Mayo, Dublin, Galway and Kilkenny.  He is currently pursuing his career as both a visual artist and singer- song writer in Moate, Co. West Meath 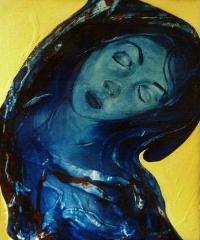